10HOUTFITTERSBlogblogInsight Of A Special Forces Sniper 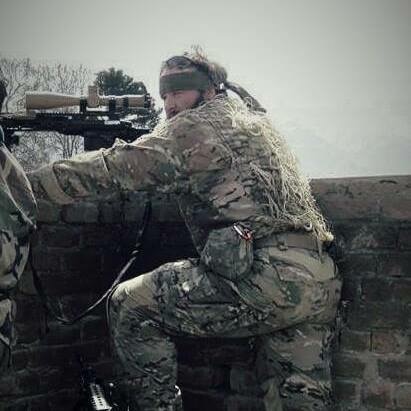 Insight Of A Special Forces Sniper

For the last 20 years, I’ve had the honor and privilege of operating as an Army Special Forces Sniper and Hostage Rescue “Assaulter”. As I am preparing for retirement I can’t help but feel a strong obligation or calling to share this knowledge with others. When Mr. Collins contacted me to write a shooting blog, I knew my answer was yes. The only questions I am faced with now are; where do I begin and what do folks really want to know?

I think it is important to first define “precision shooting”:  Precision shooting is the result of Art and Science (and a little luck) culminating into a single projectile that impacts the shooter’s desired target. Typically, we correlate Precision shooting with high powered rifles. In actuality, hitting any target with any type of weapons system requires the shooter to develop a “firing solution”. A firing solution is developed based on all constants and environmental variables presented to the shooter regardless if he or she is firing a pistol, rifle, sling shot, artillery cannon, etc. All of these require some level of thought to ballistically and fundamentally execute the shot properly. Snipers are the Soldiers trained in weaponized math… 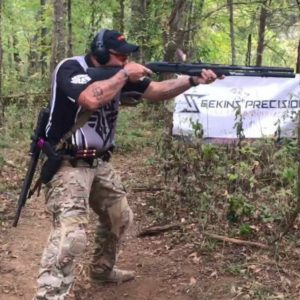 January 2014, my Special Forces Operational Detachment was alerted that one of our sister teams had gotten caught up in a firefight with the Taliban near the Tegab Afghanistan District Center. We immediately mounted up on our gun trucks and covered the 40 miles to the center in record time. Once we arrived the Company Commander grabbed the Team Leaders and went inside for a planning conference. As the Detachment XO (Warrant Officer) and only Sniper on the ground I made my way to a guard tower and began engaging targets of opportunity while reporting the situation outside the center to the Team Sergeants below me. Our interpreter informed me that he heard the Taliban “Commander” talking about leaving to get “reinforcements” on the “walkie-talkie”. Immediately afterward I noticed a white Toyota Corolla departing a house I estimated about 1000 meters away. I began to track the vehicle through my scope, and decided I was going to attempt disabling the vehicle since I couldn’t determine the driver’s identity. Using my laser range finder I was able to “lase” the car at 1400m away and moving from my “8 o’clock” to the “2 O’clock away from me. This meant that every second passed was distance gained on me, thus reducing the chance of a hit. Using already formulated and tested data I held the prescribed “DOPE” on the front right fender of the car. Luckily with a “no value” wind (wind value covered later) as it was blowing from behind me towards the target leaving the only factors to concern me with to be “leading” the target and the elevation of the gun. I had to take an educated “guess” on the lead as I had never attempted such a shot in practice before. Once the lead and elevation was established I began to closely monitor my breaths and concentrated on my finger which was gradually taking slack out of the trigger, then Crack! The XM 2010 .300 Winchester Magnum spit out a 220 Grain Sierra Boat tail Hollow point round. As I recovered from the shot, I was able to see a puff of dust splash off the car. I had hit it! The driver immediately locked up the brakes and bailed out. I quickly found the driver in my scope about 20 meters behind the now wrecked and smoking vehicle, and sure as hell he had a gun. This was a bad choice for him as I would have obviously let him go had he just walked away but he decided it was a good idea to stand there with his rifle. I think he was scared, stunned and baffled more than anything as he had to know where the Americans were and that one of them had the ability to hit his car. None the less, I reapplied the DOPE I had used for hitting the car and once I was confident in the shot, I took it. It’s strange how in the few seconds it takes for a bullet to hit a target that you can have such a wide range of emotions, but it happens. Excitement, anger, happiness and the worry that the target would move, causing me to miss all happened in those few seconds. All the sudden his “man-jammies” moved as if someone tugged on them. He looked down, grabbed his chest and then fell to his knees. I had hit him just above the sternum, the shot was perfect! I have been a Sniper for a long time and 99% of the time shots are taken at a much closer range. This time was different and it is something I will remember forever (that is good and bad). The moral of the story is that when shooting for precision, the shooter must be able to calculate ballistics, remember holds, execute all fundamentals and ensure follow through in order to ensure first round strikes. 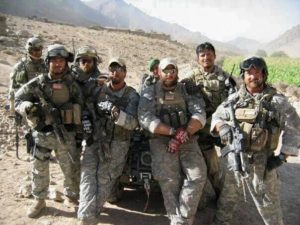 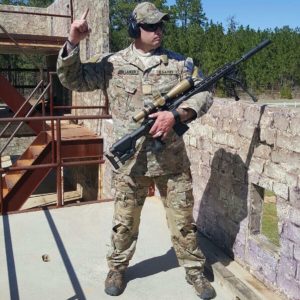 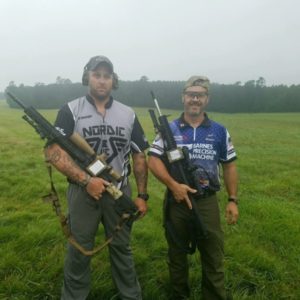 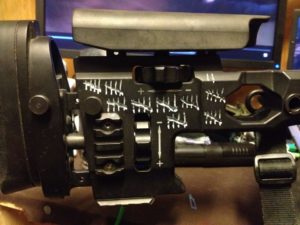 1. What’s The Intended Use?

Will you be shooting wild game at 2000 yards in mountainous terrain? Or maybe you will be plinking beer cans at 50 yards down by the river.

2. What Are My Actual Skills?

This is where folks waste tons of money. When some folks first begin shooting they tend to get overwhelmed by the seemingly endless amount of guns and accessories available. It doesn’t help that all advertisements claim to improve your shooting or do something else that is beneficial to the consumer. Like Golf and all other sports, there are marketers out there that just want your money. I am going to try to ease your pain with a very simple, no-BS plan of attack for starting and grow with you as you progress as a shooter. Now, with that behind us let’s focus on the very basics. Selecting a firearm and the appropriate accessories to get you out there slinging lead!

It is crucial to do some serious introspective thinking to assess where you are as a shooter. There is absolutely no reason for an entry level shooter to spend 20k on a .408 Cheytac Rifle (Marky Mark’s gun in the movie Shooter) as you will never fully maximize its potential (@$28 a round you will probably be broke and divorced). Remington 700 series rifles on the other hand are awesome, accurate and AFFORDABLE. Not to mention as you grow as a shooter there is a million different upgrades you can do in order to customize and further accurize the rifle. That is always my recommendation for entry level shooters. It is noteworthy that the U.S. Military has been using Remington 700s (M24 Army) since Jesus was a private, so it is a safe bet they are decent rifles.

Here is another place where folks spend way too much money on glass they don’t know how to use or maximize. When searching for optics, the same criterion should be used as the rifle. Scopes can run from $50 - $6000 and up. Durability, clarity, functionality and type of reticle are some of the characteristics you need to look into when scope hunting. Currently, Vortex Optics is producing great, affordable glass with any reticle you can imagine in it.  I will cover more on Scopes in a follow on article as this is a rabbits hole that I can spend hours preaching about. Bottom line is; ASK QUESTIONS and try other folks’ stuff prior to obligating a huge chunk of money to something like a scope.

Here is yet another hugely debatable and often “under thought” aspect of precision shooting, and once again dependent on your intended use and budget. If you are hunting small game at relatively close distances then a fast, flat shooting round will be what you’re looking for; i.e. a .17HMR or a .22LR. If big game at a long distance is the goal, you will need something that will carry the distance, buck the winds and still be deadly;  i.e. .300 Winchester Magnum, .338 Lapua (I will cover ballistics in a follow on article as well).

There is a litany of firearms, optics, ammunition and gear out there and the more “capability” you want the more money it costs, just like Hotrods, motorcycles etc. As a novice shooter, you need to research and ask questions before buying whatever looks “cool” or “extra shiny”. There are a lot of resources for entry level shooters as well as expert level shooters. As with all other sports, do not just go buy a weapon because Joe Schmoe the “pro” shooter uses it. Nine out of ten times, the gun he is shooting is all “hot-rodded”, not to mention he really knows how to shoot, so it will be a huge let down when you shoot your new $4000 pistol and still cannot hit a thing. Reading Shooters’ magazines and internet articles are great to get a feel for what is out there, and what everyone uses (there are lots of constants like the Remington 700). I will dive way deeper into the different aspects of Precision Shooting in subsequent articles and by the end of it we should arrive at a point where you feel confident executing those difficult shots!

I want to thank you all for spending your time reading this! Get out and shoot!!!! 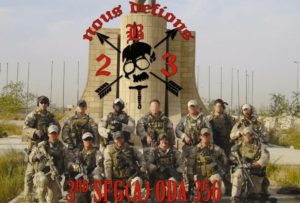