History of the Buffalo Soldiers

On July 28th 1866, Congress passed legislation that added four cavalry units to the United States Army. The new units were designated as the 7th, 8th, 9th, and 10th Cavalries and would consist of all volunteers. With the 9th and 10th Cavalries specifically consisting of African Americans. The new cavalry units were sent to the Western frontier to provide security and protection for European settlers as they settled on and around Native American lands. The 9th and 10th Cavalries served gallantly on the Great Plains, and in the mountains and deserts of Texas, New Mexico, and Arizona. As a result of their fighting spirit, Native American Indians first referred to them collectively as "Wild Buffalo Men". Later, this name became "Buffalo Soldiers".

In 2016, the United States Army celebrates the 150th anniversary of the famed "Buffalo Soldiers". To mark the occasion the BSMCU has joined forces with 10H Outfitters to create a commemorative challenge coin that celebrates and honors these brave soldiers who served their country with honor, valor and courage. 10H Outfitters and the BSMCU admire their contributions and are proud to carry-on their lasting legacy of courage, service, and honor. 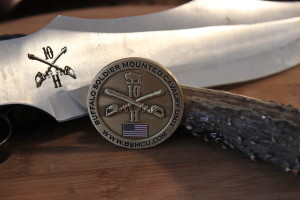 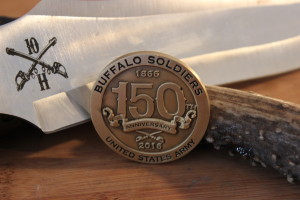 History of the Challenge Coin

A challenge coin is a small coin or medallion, bearing an organization’s insignia or emblem and carried by the organization’s members. The Roman Empire rewarded soldiers by presenting them with coins to recognize their achievements. Overtime it became tradition to ensure that all members carried their medallion or coin at all times. This was accomplished through a challenge in the following manner: a challenger would ask to see the medallion, if the challenged could not produce a medallion, they were required to buy a drink of choice for the member who challenged them. If the challenged member produced a medallion, then the challenging member was required to pay for the drink.